Hoax of the Century 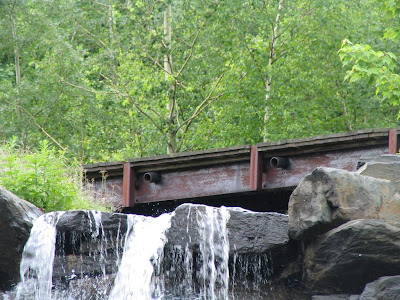 This is from LewRockwell.com, written by Patrick Buchanan titled:

Hoax of the Century


With publication of On the Origin of Species in 1859, the hunt was on for the "missing link." Fame and fortune awaited the scientist who found the link proving Darwin right: that man evolved from a monkey.

In 1912, success! In a gravel pit near Piltdown in East Sussex, there was found the cranium of a man with the jaw of an ape.

It wasn't until 1953, after generations of biology students had been taught about Piltdown Man, that closer inspection discovered that the cranium belonged to a medieval Englishman, the bones had been dyed to look older and the jaw belonged to an orangutan whose teeth had been filed down to look human.

In 1922, Henry Fairfield Osborn, president of the American Museum of Natural History, identified a tooth fossil found in Nebraska to be that of an "anthropoid ape." He used his discovery to mock William Jennings Bryan, newly elected to Congress, as "the most distinguished primate which the State of Nebraska has yet produced."

Invited to testify at the Scopes trial, however, Osborn begged off. For, by 1925, Nebraska Man's tooth had been traced to a wild pig, and Creationist Duane Gish, a biochemist, had remarked of Osborn's Nebraska Man, "I believe this is a case in which a scientist made a man out of a pig, and the pig made a monkey out of the scientist."


These stories are wonderfully told in Eugene Windchy's 2009 The End of Darwinism. But if Piltdown Man and his American cousin Nebraska Man were the hoaxes of the 20th century, global warming is the great hoax of the 21st. In a matter of months, what have we learned:

In its 2007 report claiming that the Himalayan glaciers are melting, the U.N. Intergovernmental Panel on Climate Change relied on a 1999 news story in a popular science journal, based on one interview with a little-known Indian scientist who said this was pure "speculation," not supported by any research. The IPCC also misreported the supposed date of the glaciers' meltdown as 2035. The Indian had suggested 2350.

The IPCC report that global warming is going to kill 40 percent of the Amazon rainforest and cut African crop yields 50 percent has been found to be alarmist propaganda.

The IPCC 2007 report declared 55 percent of Holland to be below sea level, an exaggeration of over 100 percent.

While endless keening is heard over the Arctic ice cap, we hear almost nothing of the 2009 report of the British Antarctica Survey that the sea ice cap of Antarctica has been expanding by 100,000 square kilometers a decade for 30 years. That translates into 3,800 square miles of new Antarctic ice every year.


You can't have it both ways.

The Climate Research Center at East Anglia University, which provides the scientific backup for the IPCC, apparently threw out the basic data on which it based claims of a rise in global temperatures for the century. And a hacker into its e-mail files found CLC "scientists" had squelched the publication of dissenting views.
What we learned in a year's time: Polar bears are not vanishing. Sea levels are not rising at anything like the 20-foot surge this century was to bring. Cities are not sinking. Beaches are not disappearing. Temperatures have not been rising since the late 1990s. And, in historic terms, our global warming is not at all unprecedented.

Dennis Avery of Hudson Institute wrote a decade ago that from A.D. 900 to 1300, the Earth warmed by 4 to 7 degrees Fahrenheit, a period known as the Little Climate Optimum.

How horrible was it?

"The Vikings discovered and settled Greenland around A.D. 950. Greenland was then so warm that thousands of colonists supported themselves by pasturing cattle on what is now frozen tundra. During this great global warming, Europe built the looming castles and soaring cathedrals that even today stun tourists with their size, beauty and engineering excellence. These colossal buildings required the investment of millions of man-hours – which could be spared from farming because of higher crop yields."

Today's global warming hysteria is the hoax of the 21st century. H.L. Mencken had it right: "The whole aim of practical politics is to keep the populace alarmed – and hence clamorous to be led to safety – by menacing it with an endless series of hobgoblins, all of them imaginary."

Patrick J. Buchanan [send him mail] is co-founder and editor of The American Conservative. He is also the author of seven books, including Where the Right Went Wrong, and A Republic Not An Empire. His latest book is Churchill, Hitler, and the Unnecessary War. See his website.