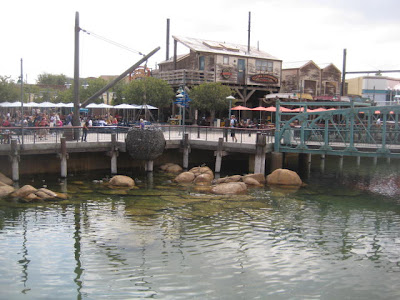 Climate change email scandal shames the university and requires resignations
The hacked emails shows that Phil Jones, after 20 years of failing to issue a correction, isn't the only one who should resign

This is a tough time for climate science. The Guardian's new revelations about the hacked emails from the Climatic Research Unit (CRU) at the University of East Anglia might help to explain the university's utter failure to confront its critics. They could also explain why the head of the unit, Phil Jones, blocked freedom of information requests and proposed that material subject to those requests be deleted. He has been spared a criminal investigation only because the time limit for prosecutions has expired.

The emails I read gave me the impression that Phil Jones had something to hide. Now we know what it might have been. The Guardian has discovered that Jones appears to have suppressed data that undermines a paper he published in Nature in 1990. The paper claimed that Chinese weather stations show that local heating caused by urbanisation has very little effect on the temperature record. It now seems that much of the data they used is worthless and the documents required to validate it do not exist. The paper might be 20 years old, but in a way that makes the scandal worse: Phil Jones has had 20 years in which to issue a correction. Even after the hacking in October last year, he has still not done so.

When the emails were first published in November, I called for Professor Jones's resignation as head of the CRU. Though he has stepped down temporarily, his position is now even less tenable. The longer he leaves it, the worse this will get.

I believe the head of communications at the university, Annie Ogden, also has to go. She was warned repeatedly that the university's handling of this issue was a catastrophe, and still the policy – of utter passivity in the face of crisis – remains unchanged. Today was a re-run of what happened in December: though the story was on the front page of the Guardian's site at 9pm last night, by 10.30 this morning UEA had still not prepared a response and was unable to answer questions from journalists. As the emails show, climate scientists at the university have been up against a well-armed public relations campaign for many years, but no one at UEA has developed a strategy for responding. Even now the university has failed to make the obvious move: to call in a crisis management team, or at least to hire someone who can show they know how to respond to an emergency.

In fairness, Jones himself responded this afternoon, telling the Press Association that he was confident the 1990 paper, which drew on 42 urban and 42 rural sites, was correct because it was validated by the new data. He said: "I am confident in my mind the site movements that might have taken place at some of the sites were not that important to affect the average of the 42 sites."

The head of the Intergovernmental Panel on Climate Change (IPCC), Rajendra Pachauri, is also in hot water. In November he dismissed as "voodoo science" a report for the Indian government showing that the IPCC's date for the disappearance of Himalayan glaciers was wrong. It's now clear that, actually, the IPCC's claim was voodoo science. It reproduced a speculative suggestion – that the glaciers were going to disappear by 2035 – that had not been published in any peer-reviewed journal. Pachauri's immediate dismissal of the Indian government's refutation was unscientific as well as wrong.

Now the Sunday Times alleges that he first heard that the glacier date was wrong in November, and failed to act. Pachauri was busy preparing for the Copenhagen summit, so perhaps it's not surprising if he didn't pay much attention, but someone at the IPCC should have done so, rather than letting the issue fester.

Pachauri is also taking a lot of heat for his outside interests, though he insists that the allegations made against him are flat wrong. It's worth remembering that he was appointed to run the IPCC after the Bush administration had his predecessor, Bob Watson, booted out at the behest of ExxonMobil. On 6February 2001, 17 days after George W Bush was sworn in, AG (Randy) Randol, ExxonMobil's senior environmental adviser, sent a fax to John Howard, an environmental official at the White House. He asked,

"Can Watson be replaced now at the request of the US?"

The US government immediately complied. Once it had extracted Watson, it accepted Pachauri as his replacement. The very qualities which made him acceptable to the climate change deniers in the White House – he wasn't a climate scientist, he had friendly relations with business – are now being used by climate change deniers as a stick with which to beat him.

Damaging as some of this material is, at least people on this side of the climate science fence are able to confront the problem. Both stories – the glacier error and the revelations about the Chinese weather stations – were broken by the brilliant reporter Fred Pearce, who is possibly the world's longest serving environmental journalist, and has spent decades explaining and championing climate science. The IPCC's glacier claim was actually drawn from an article of Fred's, published in New Scientist in 1999. But it was he who exposed the mistake the panel had made.

On the other side of the debate, people are in denial not only about the science of climate change but also about manipulation and deception by other climate change deniers. They stoutly ignore far graver evidence of falsification and fabrication by their own side, even when there is smoking gun evidence that their champions have secretly taken money from fossil fuel companies to make false claims. They make no attempt to hold each other to account or to sustain any standards of truth at all.

In fact, as Fred Pearce has shown, even their claims about the material in the hacked emails are almost all false.

The vast body of climate science still shows that manmade climate change is real and that it presents a massive challenge to human survival. But those of us who seek to explain its implications and call for action must demand the highest possible standards from the people whose work we promote, and condemn any failures to release data or admit and rectify mistakes. We do no one any favours – least of all ourselves – by wasting our time promoting false claims.

If you don't know who George Monbiot is, here's a link to him on Wikipedia