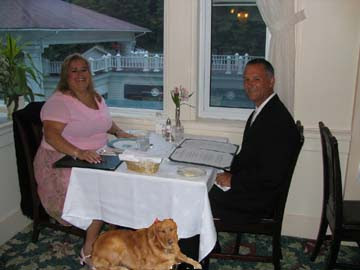 Is it Crazy to Call Obama a Socialist or a Fascist?
Well that's what we keep hearing, as Morgan recently noted, and I've seen out there in internet land, and from pundits on TV.

We have people haughtily calling us stupid and insane for calling a spade a spade, as if we, like most of them, don't really know what the words mean. As I said in one comment on a YouTube video out there:
if Socialized Medicine isn’t socialism … if nationalizing companies isn’t socialism … if redistribution of wealth isn’t socialism … maybe we have different dictionaries.
So ... no. It's not crazy.

Read your history, they admonish us. Well I have. And it's apparent that either they haven't, or they're banking on the fact that a lot of people haven't and that we will just buy what they're saying, cower before their derision, and Shut Up. Fortunately knowledge is a good inoculation against such ridicule.

Be very suspicious about any political movement with the word “workers” in the title. They're all brothers. Communism, Socialism, Fascism, and Nazism.

Fascism was the Italian National Socialist movement. Hairs are split about how “socialistic” national socialism really was because the global socialists (eg: the Soviets) considered it “right-wing” socialism, which is probably why the term is used to smear conservatives. Either way, they were collectivist systems. And does it really matter if the state runs the corporations or the corporations run the state? Either way, the State and Corporations are one in these systems.

National Socialism was considered “right-wing” because (again, by its close relative just to its left) of it’s emphasis on strong, strict, social controls.

But are you really going to try to convince me that the Soviets and the Maoists didn’t use strict social control?

I think the globalists kid themselves about how different they really are, and how egalitarian they really are. The Ruling Class always develops, and it always has special privileges.

I also think the reasons they object to the term "socialist" are 1) bad connotation due to abuses of socialist governments in the 20th century (in other words, it's bad marketing) and 2) they really think that they can do this gradually, without a bloody revolution, and everybody will just be happy once we all see how wonderful it is. So in other words, no boody revolution, no "Socialism".

It is inherent in human nature to want to better one's lot in life. Generally speaking, when bettering one's lot in life while following rules that keep you from confiscating from others -- you better others' lives as well. You produce. "Money", in reality, is a representation of production. (A portable proxy, if you will.) The more you produce as a nation, the wealthier your nation is ... the better you do. The less incentive to produce, the less will be produced. The poorer your country will be.

So what you end up with is lower production, and confiscation from the productive to redistribute to the non-productive.
"From each according to his ability, to each according to his need."
Sounds great, on the surface, but it ain't human (or animal) nature. On top of that, who decides what your abilities are, and who decides what someone's needs are? And if I "need" more because I'm not performing up to my ability ... how does that get resolved?

That's right. The state must either force me to work, or force someone else to support me. If neither really works, then everybody gets poorer. This will not stop the state from continuing to use force, though, and it will use more and more of it as time goes on in more and more desperate attempts to keep control. This happens eventually every time. It is inevitible, because of the nature of what we are, and that is homo sapiens. It gets bloody one way or the other, because at some point someone's going to rebel against being used.

We know that. We don't want to go there. Which is why we resist. If we resist too much for their liking when they have enough power, we will be liquidated (too many of us to imprison). That's the way they roll. If they don't have enough power, they will be subdued and discredited when we win. The price of liberty is eternal vigilance. If we do not resist and let it happen, eventually the iron fist of the state will, as I discussed above, become tyrannically oppressive at some point anyway. It has to.

Because state socialism is incompatible with human nature. Human compassion works well at the level of the free individual, where one is free to decide when, to whom, and how much, and nobody is coerced into anything else.