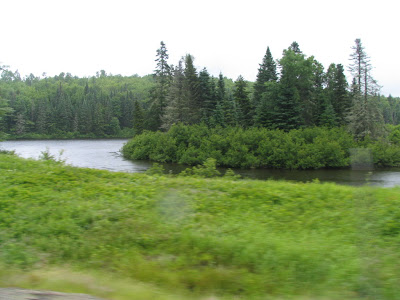 Son of Hamas founder spied for Israel for more than a decade
James Hider in Jerusalem
52 COMMENTS
RECOMMEND? (77)

(Fox News)
Mosab Hassan Yousef, a 32-year-old convert to Christianity, now lives in California
IMAGE :1 of 2
The son of one of Hamas’s founding members was a spy in the service of Israel for more than a decade, helping prevent dozens of Islamist suicide bombers from finding their targets, it emerged today.

Information he supplied led to the arrests of some of the most wanted men by Israeli forces, including Marwan Barghouti, a Fatah leader often tipped as a potential president who was convicted of masterminding terrorist attacks, and one of Hamas’ top bomb-makers Abdullah Barghouti, who is no relation of the jailed Fatah chief.

Mr Yousef, a 32-year-old convert to Christianity who now lives in California, has revealed the intrigues of his years as a spy in a new book called Son of Hamas, much to the concern of Shin Bet, whose operations will be revealed in detail. While the revelations may give a boost to Israel’s intelligence service, whose external counterpart Mossad is still grappling with the diplomatic fall-out of last month’s Hamas assassination in Dubai, there will be concern that the account may give too many insights into the murky world of espionage.

RELATED LINKS
Two more Britons caught up in Hamas hit
Dubai hit squad 'used diplomatic passports'
Dubai demands the arrest of Mossad chief
However, Mr Yousef’s work will be far more damaging to Hamas, whose brutality he denounced. Dubai police have suggested that Mahmoud al-Mabhuh, the top Hamas militant found dead in a hotel room in the emirate on January 20, may have been betrayed by an insider from the Islamist movement itself.

And Mr Yousef had harsh words for the movement that his father helped form, and which now rules the Gaza Strip after a bloody takeover in summer 2007. “Hamas cannot make peace with the Israelis,” he told the daily. “That is against what their God tells them. It is impossible to make peace with infidels, only a cease-fire, and no one knows that better than I. The Hamas leadership is responsible for the killing of Palestinians, not Israelis."

Mr Yousef’s former Israeli handler, identified only as Captain Loai, praised the resolve of his agent, whose codename derived from the colour of Islam – and Hamas’ – banner and from his exalted position within an organization that regularly kills those suspected of collaborating with the Jewish state.

"So many people owe him their life and don't even know it," he said. "The amazing thing is that none of his actions were done for money. He did things he believed in. He wanted to save lives. His grasp of intelligence matters was just as good as ours — the ideas, the insights. One insight of his was worth 1,000 hours of thought by top experts."

Mr Yousef, whose father is still in an Israeli jail cell, from where he was elected as an MP in 2006, went as far as tracking down would-be kamikazes himself in the streets of the West bank during the Second Intifada which erupted a decade ago and left thousands of Palestinians and Israelis dead. On one occasion he followed a bomber from Manara Square in the centre of Ramallah, just north of Jerusalem.

“We didn't know his name or what he looked like — only that he was in his 20s and would be wearing a red shirt," said the former handler. "We sent the Green Prince to the square and with his acute sense, he located the target within minutes. He saw who picked him up, followed the car and made it possible for us to arrest the suicide bomber and the man who was supposed to give him the belt. So another attack was thwarted, though no one knows about it. No one opens Champagne bottles or bursts into song and dance. This was an almost daily thing for the Prince. He displayed courage, had sharp antennae and an ability to cope with danger."

Mr Yousef, who converted from Islam to Christianity a decade ago – in itself, a dangerous act – was arrested by the Israelis in 1996 and within a year had been recruited by Shin Bet, then released to begin working as an informant.

Speaking by telephone from California, Mr Yousef told Haaretz he worried that the Israeli Government might release some of the prisoners he helped put behind bars in exchange for Gilad Schalit, a young Israeli soldier abducted by Hamas from the Gaza border more than three years ago.

“I wish I were in Gaza now," he said. "I would put on an army uniform and join Israel's special forces in order to liberate Gilad Schalit. If I were there, I could help. We wasted so many years with investigations and arrests to capture the very terrorists that they now want to release in return for Schalit. That must not be done."