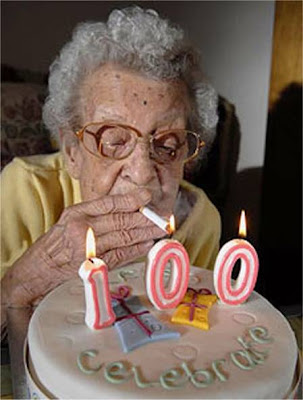 From the Associated Press

WASHINGTON – A steady drip of unsettling errors is exposing what scientists are calling "the weaker link" in the Nobel Peace Prize-winning series of international reports on global warming.

The flaws — and the erosion they've caused in public confidence — have some scientists calling for drastic changes in how future United Nations climate reports are done. A push for reform being published in Thursday's issue of a prestigious scientific journal comes on top of a growing clamor for the resignation of the chairman of the Intergovernmental Panel on Climate Change.

The work of the climate change panel, or IPCC, is often portrayed as one massive tome. But it really is four separate reports on different aspects of global warming, written months apart by distinct groups of scientists.

No errors have surfaced in the first and most well-known of the reports, which said the physics of a warming atmosphere and rising seas is man-made and incontrovertible. So far, four mistakes have been discovered in the second report, which attempts to translate what global warming might mean to daily lives around the world.

"A lot of stuff in there was just not very good," said Kevin Trenberth, head of climate analysis at the National Center for Atmospheric Research and a lead author of the first report. "A chronic problem is that on the whole area of impacts, getting into the realm of social science, it is a softer science. The facts are not as good."
It's been a dismal winter for climate scientists after the high point of winning the 2007 Nobel, along with former Vice President Al Gore, for championing efforts to curb global warming and documenting its effects.

_In November, stolen private e-mails from a British university climate center embarrassed a number of scientists for their efforts to stonewall climate skeptics. The researchers were found to have violated Britain's Freedom of Information laws.
_In December, the much anticipated climate summit of world leaders in Copenhagen failed to produce a meaningful mandatory agreement to curb greenhouse gases.
_Climate legislation in the United States, considered key to any significant progress in slowing global warming, is stalled.

_Some Republican U.S. senators, climate skeptics and British newspapers have called for Rajendra Pachauri, chairman of the IPCC, to resign. They contend he has financial conflicts of interest involving his role with the climate panel and a green-energy foundation he set up. He has vigorously denied any conflicts.

_And in recent weeks, a batch of mistakes have been uncovered in the second of the four climate research reports produced in 2007.

That second report — which examines current effects of global warming and forecasts future ones on people, plants, animals and society — at times relied on government reports or even advocacy group reports instead of peer-reviewed research. Scientists say that's because there is less hard data on global warming's effects.

Nine different experts told The Associated Press that the second report — because of the nature of what it examines — doesn't rely on standards as high or literature as deep as the more quoted first report. And they say cite communication problems between lead authors of different reports so it is harder to spot errors.

The end result is that the document on the effects of climate change promotes the worst of nightmares and engages in purposeful hyping, said longtime skeptic John Christy of the University of Alabama, Huntsville.

David King, Britain's former chief scientific adviser who once lectured at the University of East Anglia, home to the climate center where scientist e-mails were hacked said that scandal laid bare the weaknesses in the IPCC. In a telephone interview, he said those who challenged the IPCC's assessment "are seen to be rocking the boat, and this in my view is extremely unfortunate."

Scientists — including top U.S. government officials — argue that the bulk of the reports are sound.

"The vast majority of conclusions in the IPCC are credible, have been through a very rigorous process and are absolutely state of the science, state of the art about what we know of the climate system," said National Oceanic and Atmospheric Administration chief Jane Lubchenco, who runs the agency that oversees much of the U.S. government's climate research.

The problems found in the IPCC 2007 reports so far are mostly embarrassing:
_In the Asian chapter, five errors in a single entry on glaciers in Himalayas say those glaciers would disappear by 2035 — hundreds of years earlier than other information suggests — with no research backing it up. It used an advocacy group as a source. It also erroneously said the Himalayan glaciers were melting faster than other glaciers.

_A sentence in the chapter on Europe says 55 percent of the Netherlands is below sea level, when it's really about half that amount.

_A section in the Africa chapter that talks about northern African agriculture says climate change and normal variability could reduce crop yields. But it gets oversimplified in later summaries so that lower projected crop yields are blamed solely on climate change.

_There's been a longstanding dispute about weather extremes and economics. The second report says that there are more weather disasters than before because of climate change and that it is costing more. The debate continues over whether it is fair to say increased disaster costs are due to global warming or other societal factors such as increased development in hurricane prone areas.

Scientists say the nature of the science and the demands of governments for a localized tally of climate change effects and projections of future ones make the second report a bit more prone to mistakes than the first report. Regional research is more often done by governments or environmental groups; using that work is allowed by IPCC rules even if it is seen as less rigorous than traditional peer-reviewed research, said Martin Parry, chairman in charge of the report on climate effects.
The second report includes chapters on each region, which governments want to be mostly written by local experts, some of whom may not have the science credentials of other report authors. That's where at least three of the errors were found.

In Thursday's issue of the journal Nature, four IPCC authors call for reform, including Christy, who suggests the outright dumping of the panel itself in favor of an effort modeled after Wikipedia, the online encyclopedia. A fifth author, writing in Nature, argues the IPCC rules are fine but need to be better enforced.

In response, Chris Field of Stanford University, the new head of the second report team, said that he welcomes the scrutiny and vows stricter enforcement of rules to check sources to eliminate errors in future reports; those are to be produced by the IPCC starting in 2013.

Many IPCC scientists say it's impressive that so far only four errors have been found in 986 pages of the second report, with the overwhelming majority of the findings correct and well-supported.

However, former IPCC Chairman Bob Watson said, "We cannot take that attitude. Any mistakes do allow skeptics to have a field day and to use it to undermine public confidence, private sector confidence, government confidence in the IPCC."
___
Associated Press writer Raphael Satter contributed to this report from London.

Below is Prof Watson on Climate Science