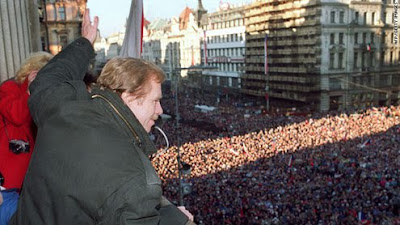 PRAGUE — Europe's most famous Cold War warrior and former communist political prisoner was excluded from a ceremony yesterday where Russia and the U.S. took steps toward world peace.

Vaclav Havel, the president of Czechoslovakia and then Czech Republic for 13 years, was not invited to the signing of the START II nuclear arms reduction treaty by President Obama and his Russian counterpart Dmitry Medvedev, which took place in the same Prague Castle hall where the playwright-politician was first inaugurated as president after the fall of communism in 1990.