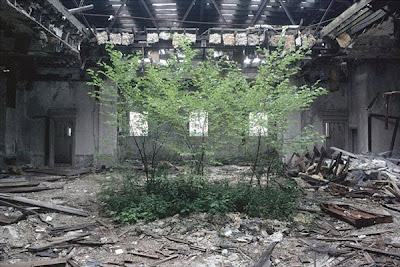 
Today we received another email about creating a record of humanity and technology that would help restart civilization. The latest one is inspired by an essay that James Lovelock published in Science over 12 years ago called A Book For All Seasons

We have confidence in our science-based civilization and think it has tenure. In so doing, I think we fail to distinguish between the life-span of civilizations and that of our species. In fact, civilizations are ephemeral compared with species. Humans have lasted at least a million years, but there have been 30 civilizations in the past 5000 years. Humans are tough and will survive; civilizations are fragile. It seems clear to me that we are not evolving in intelligence, not becoming true Homo sapiens. Indeed there is little evidence that our individual intelligence has improved through the 5000 years of recorded history.

Over the years these proposals have been in different forms; create a book, set of books, stone tablets, micro-etched metal disk, or a constantly updated wiki. I really like the idea of creating such a record, in fact the Rosetta Disk project was our first effort in this direction. These Doomsday Manuals are a positive step in the direction of making a softer landing for a collapse, and the people creating them (like ourselves) are certainly out to help people. It took millennia for the world to regain the technology and levels of societal organization attained by the Romans, so maybe a book like this would help that.

However it also seems that these efforts tap a romantic notion that we would all love to find something like this book from a past or otherwise alien civilization. My worry is that it also feeds off a (likely incorrect) feeling that somehow collapse might be a fun challenge to live through, and that everyone kind of wants to be the monk in A Canticle For Leibowitz or Mel Gibson in Road Warrior.