Five Lies We Live With VDH 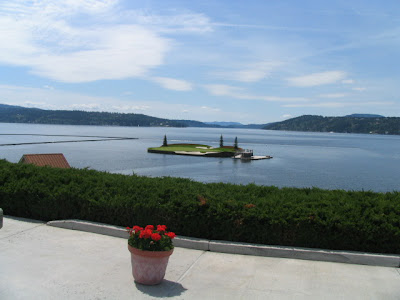 Five Lies We Live With

Can’t We All Just Get Along?

Make no mistake about it, this is a dishonest age. That our daily lies are purportedly advanced in the cause of the common good, nevertheless do not make them any less lies.

Beware of sudden and apparently reasonable “calls for civility.” That pathetic mantra is usually voiced by a liberal administration and its supporters when criticism mounts that they are taking the country too far to the Left — like the Clinton implosion in 1993 or Obama today. I fear “civility” does not mean one should not write novels or produce movies contemplating murdering George Bush — that’s sort of an understandable agitprop art. “Civility” does not mean the New York Times should not give discounts to run ads in wartime like “General Betray Us.” That’s needed dissidence. Civility does not suggest that a Sen. Durbin, or Sen. Kerry, or Sen. Kennedy not use inflammatory language that compares our own troops or personnel to terrorists, Nazis, Pol Pot, Stalinists, or Saddam Hussein’s torturers; that most certainly in not uncivil. And it was certainly not impolite for Rep. Stark to call President Bush a “liar.”

“Civility” does not mean that we should not spew hate at anti-war protests; that’s grass-roots popular protest. It doesn’t mean that we should not employ Nazi and fascistic labels to tar the President of the United States like John Glenn or Al Gore or Robert Byrd did. “Civility” does not mean that a shrill Hillary Clinton should not scream that the Bush administration is trying to silence critics, or suggest that the commanding general of an entire theater was lying to Congress in ways that require a “suspension of disbelief.” That’s needed pushback.

O Ye of Little Memory! Do we recall any American shock when the Guardian published Charles Brooker’s lament — “John Wilkes Booth, Lee Harvey Oswald, John Hinckley Jr. — where are you now that we need you?” And I don’t recall anyone felt that language was getting too heated when Howard Dean, head of the Democratic Party, fumed, “I hate the Republicans and everything they stand for.” And was it not The New Republic that highlighted Jonathan Chait’s infamous “Why I Hate George W. Bush” article? Of course, there was that thoroughly civil New York play, “I’m Gonna Kill the President.”