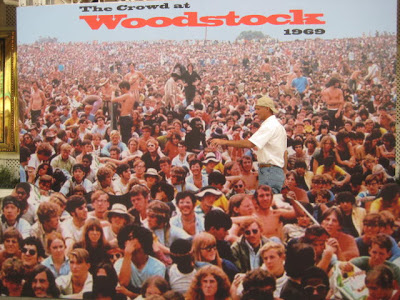 1. Authoritarianism. We seek to avoid freedom by fusing ourselves with others, by becoming a part of an authoritarian system like the society of the Middle Ages. There are two ways to approach this. One is to submit to the power of others, becoming passive and compliant. The other is to become an authority yourself, a person who applies structure to others. Either way, you escape your separate identity.

Fromm referred to the extreme version of authoritarianism as masochism and sadism, and points out that both feel compelled to play their separate roles, so that even the sadist, with all his apparent power over the masochist, is not free to choose his actions. But milder versions of authoritarianism are everywhere. In many classes, for example, there is an implicit contract between students and professors: Students demand structure, and the professor sticks to his notes. It seems innocuous and even natural, but this way the students avoid taking any responsibility for their learning, and the professor can avoid taking on the real issues of his field.

2. Destructiveness. Authoritarians respond to a painful existence by, in a sense, eliminating themselves: If there is no me, how can anything hurt me? But others respond to pain by striking out against the world: If I destroy the world, how can it hurt me? It is this escape from freedom that accounts for much of the indiscriminate nastiness of life -- brutality, vandalism, humiliation, vandalism, crime, terrorism....

Fromm adds that, if a person's desire to destroy is blocked by circumstances, he or she may redirect it inward. The most obvious kind of self-destructiveness is, of course, suicide. But we can also include many illnesses, drug addiction, alcoholism, even the joys of passive entertainment. He turns Freud's death instinct upside down: Self-destructiveness is frustrated destructiveness, not the other way around.

3. Automaton conformity. Authoritarians escape by hiding within an authoritarian hierarchy. But our society emphasizes equality! There is less hierarchy to hide in (though plenty remains for anyone who wants it, and some who don't). When we need to hide, we hide in our mass culture instead. When I get dressed in the morning, there are so many decisions! But I only need to look at what you are wearing, and my frustrations disappear. Or I can look at the television, which, like a horoscope, will tell me quickly and effectively what to do. If I look like, talk like, think like, feel like... everyone else in my society, then I disappear into the crowd, and I don't need to acknowledge my freedom or take responsibility. It is the horizontal counterpart to authoritarianism.

The person who uses automaton conformity is like a social chameleon: He takes on the coloring of his surroundings. Since he looks like a million other people, he no longer feels alone. He isn't alone, perhaps, but he's not himself either. The automaton conformist experiences a split between his genuine feelings and the colors he shows the world, very much along the lines of Horney's theory.

In fact, since humanity's "true nature" is freedom, any of these escapes from freedom alienates us from ourselves. Here's what Fromm had to say:

Man is born as a freak of nature, being within nature and yet transcending it. He has to find principles of action and decision making which replace the principles of instincts. he has to have a frame of orientation which permits him to organize a consistent picture of the world as a condition for consistent actions. He has to fight not only against the dangers of dying, starving, and being hurt, but also against another anger which is specifically human: that of becoming insane. In other words, he has to protect himself not only against the danger of losing his life but also against the danger of losing his mind. (Fromm, 1968, p. 61)
I should add here that freedom is in fact a complex idea, and that Fromm is talking about "true" personal freedom, rather than just political freedom (often called liberty): Most of us, whether they are free or not, tend to like the idea of political freedom, because it means that we can do what we want. A good example is the sexual sadist (or masochist) who has a psychological problem that drives his behavior. He is not free in the personal sense, but he will welcome the politically free society that says that what consenting adults do among themselves is not the state's business! Another example involves most of us today: We may well fight for freedom (of the political sort), and yet when we have it, we tend to be conformist and often rather irresponsible. We have the vote, but we fail to use it! Fromm is very much for political freedom -- but he is especially eager that we make use of that freedom and take the responsibility that goes with it.
Families