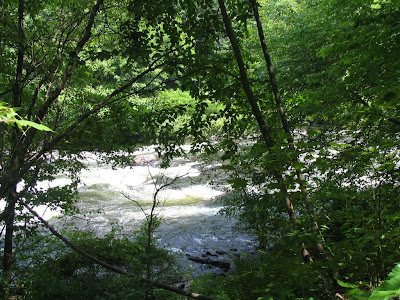 
When you really need something, it's natural to worry about running out of it. Peak oil has been a global preoccupation since the 1970s, and the warnings get louder with each passing year. Environmentalists emphasize the importance of placing limits on consumption of fossil fuels, but haven't been successful in encouraging people to consume less energy—even with the force of law at their backs.

But maybe they're going about it all wrong, looking for solutions in the wrong places. Economists Lucas Bretschger and Sjak Smulders argue that the decisive question isn't to focus directly on preserving the resources we already have. Instead, they ask: “Is it realistic to predict that knowledge accumulation is so powerful as to outweigh the physical limits of physical capital services and the limited substitution possibilities for natural resources?” In other words, can increasing scientific knowledge and technological innovation overcome any limitations to economic growth posed by the depletion of non-renewable resources?

The debate over peak oil is heavily politicized, so let's set it aside and test the idea of imminent resource peaks and their consequences for economic growth on three other non-renewable resources: lithium, neodymium, and phosphorus.

Lithium is the element at the heart of the electric car revolution that many green energy enthusiasts are trying to foment. For example, the Chevy Volt, scheduled to be at dealers this fall, will be energized by 400 pounds of lithium ion batteries, plus a gasoline engine to produce electricity to extend the car’s range of travel once the batteries are drained. In 2007, William Tahil, an analyst with the France-based consultancy, Meridian International Research, issued a report that alarmingly concluded that there is “insufficient economically recoverable lithium available in the Earth's crust to sustain electric vehicle manufacture in the volumes required.” Tahil added, “Depletion rates would exceed current oil depletion rates and switch dependency from one diminishing resource to another.” Not everyone agrees with Tahil’s peak lithium prognostications. Geologist R. Keith Evans, who has long been involved in the lithium industry, issued a rebuttal arguing that lithium resources are much higher than estimated by Tahil. Evans also asserts that as prices rise other sources of lithium will become economical. And lithium prices have indeed been increasing. But for the sake of argument, let’s assume we are “running out” of lithium? So then what?

Even Tahil’s original report argued that there were alternative battery technologies in the works using far more common substances that could substitute for lithium. For example, the Swiss company ReVolt is developing rechargeable zinc-air batteries which hold 300 percent more charge than lithium ion batteries and cost half as much. And then there is Fluidic Energy which claims that it can develop a metal air battery that will hold 11 times the charge of the best lithium ion batteries for less than one-third the cost. A car running on such batteries would have a range of 400 to 500 miles on a single charge. These batteries are made from far more available materials which can be fairly easily recycled.

Neodymium is a rare earth metal used extensively to produce permanent magnets found in everything from computer magnetic disks and cell phones to wind turbines and automobiles. For example, the magnets that drive a Prius hybrid’s electric motor use more than two pounds of neodymium. Interestingly, neodymium magnets were invented in the 1980s to overcome the global cobalt supply shock that occurred as the result of internal warfare in Zaire. Because China can more cheaply produce neodymium than any other country in the world, that country is now the source of 95 percent of the world’s neodymium. Recently, however, China’s government warned that it would begin restricting exports of neodymium (and other rare earth metals) in order to insure supplies for its own manufacturers.

In March, Rep. Mike Coffman (R-Colo) introduced his Rare Earth Supply-Chain Technology and Resource Transformation (RESTART) Act of 2010. The RESTART Act would offer federal loan guarantees to mining and refining companies to recreate in five years a domestic rare earth minerals industry. Rare earth minerals independence, if you will. On the other hand, if neodymium supplies really are a problem, perhaps there is a technical fix. For example, the privately held Chorus Motors has invented and developed an improved AC induction motor that completely eliminates the permanent neodymium magnets to supply the energy needed to accelerate hybrid or electric vehicles. If this technology is widely adopted, it would free up neodymium supplies for other uses and also tend to lower the metal’s price

In the 1840s, scientists discovered that plants need the element phosphorus to grow. The phosphorus fertilizer industry grew rapidly, initially by exploiting vast deposits of seabird guano left on oceanic islands. Today phosphate rocks are mined to produce the fertilizer. The Global Phosphorus Research Initiative (GPRI) notes that modern agriculture is dependent on continual inputs of phosphorus fertilizer and that known reserves could be depleted within the next 50 to 100 years. The current issue of Foreign Policy ominously warns that failing to meet the challenge of “peak phosphorus” would mean that “humanity faces a Malthusian trap of widespread famine on a scale that we have not yet experienced.” But unlike petroleum or natural gas, phosphorus, as an element, is not destroyed when it’s used and so could be recovered and recycled.

The folks at the GPRI point out that the phosphorus in just one person’s urine would be close to the amount needed to fertilize the food supply for one person. So why not recycle urine? In fact, NoMix toilets have been invented which allow for the collection of urine separate from solid wastes, allowing phosphorus and nitrogen to be recovered and used as fertilizer. In addition, crop biotechnologists are exploring ways to produce plants that dramatically increase the efficiency with which they use phosphorus, which would reduce the amount fertilizer needed to grow a given amount of food.

Stanford University economist Paul Romer has observed, "Every generation has perceived the limits to growth that finite resources and undesirable side effects would pose if no new recipes or ideas were discovered. And every generation has underestimated the potential for finding new recipes and ideas. We consistently fail to grasp how many ideas remain to be discovered. The difficulty is the same one we have with compounding: possibilities do not merely add up; they multiply.” The above examples show that while the production of physical supplies of resources may peak, there is no sign that human creativity is about to peak.

Ronald Bailey is Reason's science correspondent. His book Liberation Biology: The Scientific and Moral Case for the Biotech Revolution is available from Prometheus Books.