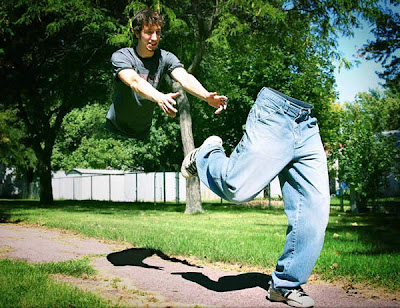 George Will, like a lot of us, is impressed with Chris Christie. He won the gubernatorial race in one of the Bluest states and is now governing like a tough fiscal conservative. Will explains:

He inherited a $2.2 billion deficit, and next year’s projected deficit of $10.7 billion is, relative to the state’s $29.3 billion budget, the nation’s worst. Democrats, with the verbal tic — “Tax the rich!” — that passes for progressive thinking, demanded that he reinstate the “millionaire’s tax,” which hit “millionaires” earning $400,000 until it expired Dec. 31. Instead, Christie noted that between 2004 and 2008 there was a net outflow of $70 billion in wealth as “the rich,” including small businesses, fled. And he said previous administrations had “raised taxes 115 times in the last eight years alone.”

So he closed the $2.2 billion gap by accepting 375 of 378 suggested spending freezes and cuts. In two weeks. By executive actions. In eight weeks he cut $13 billion — $232 million a day, $9 million an hour. Now comes the hard part.

But that’s not going to get New Jersey back to fiscal sanity. So Christie is going after public-employee unions’ gold-plated benefits:

Government employees’ health benefits are, he says, “41 percent more expensive” than those of the average Fortune 500 company. Without changes in current law, “spending will have increased 322 percent in 20 years — over 16 percent a year.” There is, he says, a connection between the state’s being No. 1 in total tax burden and being No. 1 in the proportion of college students who, after graduating, leave the state.

Partly to pay for teachers’ benefits — most contribute nothing to pay for their health insurance — property taxes have increased 70 percent in 10 years, to an average annual cost to homeowners of $7,281. Christie proposes a 2.5 percent cap on annual increases.

In the past, the “solution” to all this was to raise taxes, which created an exodus of the “rich” and small businesses to neighboring states. But Christie is taking a page from another northeastern Republican (and another former federal prosecutor) who when he came into office was told he had to raise taxes, but proceeded to show that budget discipline and tax cuts could revive the greatest of American cities. Rudy Giuliani became a conservative rock star and New York came roaring back. If Christie pulls this off, he will not only elevate himself to the top tier of Republican politicians; he will also point the way to taming state budgets (California, are you paying attention?). As Will notes:

In the state that has the nation’s fourth-highest percentage (66) of public employees who are unionized, he has joined the struggle that will dominate the nation’s domestic policymaking in this decade — to break the ruinous collaboration between elected officials and unionized state and local workers whose affections the officials purchase with taxpayers’ money.

No wonder labor leaders are going berserk. If Christie wins, Big Labor will get its comeuppance, New Jersey will prosper, and once again liberal governance will be replaced by something better — responsible fiscal conservatism.