From "Get Rich Slowly" 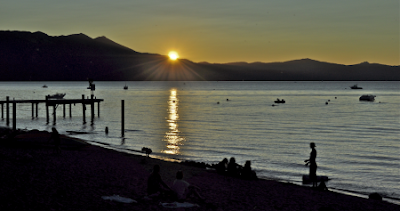 Spend Based on Who You Are, Not Who You Want to Be

Last Thursday, on April Fool’s Day, I wrote about my obsession with gadgets and how much that’s cost me over the years. As always, your comments and stories were more entertaining (and instructive) than the post itself. In fact, a comment from chacha1 gave me a flash of insight. She wrote:

The thing that’s a *headdesk* for me is the digital piano in my dining room. It’s an excellent instrument, but at the time I bought it I hadn’t played regularly for over ten years. And I’ve had it over six years and have barely played it.

Oh my word. I’ve done this sort of thing so many times in the past, and I continue to make this mistake even today. But it wasn’t until reading this comment that I realized what exactly I was doing wrong.

My problem is that I buy something in order to pursue a hope or a dream, and then expect that this new thing to somehow change who I am. If I buy a new camera, I expect it to make me a pro photographer. If I buy a bunch of Latin books, I expect I’ll be somebody who spends his time reading Latin. (In 2004, I bought a bunch of Latin books just for this purpose; I still don’t know Latin.)

Perhaps the worst example comes from the early 1990s, back when I was struggling most with my spending. I decided I wanted to become a computer programmer. To that end, I spent thousands of dollars on programming books and software tools, as well as subscriptions to programming magazines. Guess what? None of these things made me a programmer. They just put me further into debt. It was as if I’d traded a few thousand dollars for nothing.

Note: In the late 1990s, I eventually did become a computer programmer. But I didn’t do it through buying Stuff. I did it by taking classes at the community college, using free Linux-based tools on old computers, and then getting a couple of programming gigs. You know what? I only had to buy a handful of textbooks to make this happen.
“You are the master of buying something in the hopes that it will create a need,” Kris said after I told her about this post. “Look at all the Stuff you own because you hoped it’d make you become a different person.”

She’s right: chess sets, woodworking tools and books, camera equipment, exercise gear, and more. I write a lot about my battle with Stuff; much of this Stuff can be seen as monuments to my hopes and dreams. In a way, it’s like “keeping up with the Joneses”, except the Joneses are some idealized version of me.

Don’t get me wrong: I’m all for big hopes and dreams, and I think it’s great to find ways to motivate yourself to success. But it’s important to be smart about how you spend on this sort of thing. Yes, tell yourself that if you learn to play the piano, you can buy a keyboard. If you learn to cook, you can buy some fancy kitchen gear. If you lose 40 pounds, you can buy a new wardrobe. (I have stacks of clothes that are several sizes too small; I bought them because I thought it would motivate me to lose weight.)

There’s a part of me that really wants to learn to play the piano. I love the idea of putting an upright piano in the corner of our living room; it’d look great in our hundred-year old house. But I’m older and wiser now, and I know better. It makes no sense to buy a piano just because I want to learn to play. Buying an instrument won’t make me a musician. The first step is to take lessons. If I’m able to stick with piano lessons for a year or more, and if I think I’ll continue to play, well, maybe then a piano would make sense. But not before.

Tangent: This subject also reminds me that many times it’s the amateur hopers and dreamers that buy the fancy equipment. When I took photography classes, the instructors — who were professionals who made their living at this stuff — had the oldest, most outdated equipment of anyone. The students all had the latest gear, but the instructors knew that the equipment doesn’t make the picture — the photographer does. And how do I write? I use a pad of paper or a text editor. I don’t need a fancy word processor or a whiz-bang computer. I don’t need books to teach me how. I take a community college writing class now and then, and I write. More than anything, it’s actually doing the thing you hope and dream about that will make you better — not the equipment.

If you go to the author's web page, scroll down to comment #56 and you will see my comment.