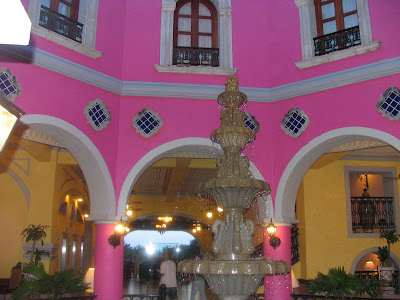 You want to see what's a "Straw man"? Look at the situation going on in Arizona with the illegal immigration law.

This law isn't about harassing US citizens. It's an attempt by the state of Arizona to curb illegal immigration across its borders. Arizonians have been killed, robbed and drawn into the conflict of the drug cartels spilling across the border. Arizona's new law is simply a desire to protect their own.

The Mexican government has issued warnings about travel to Arizona. When will they issue warnings to Americans about the dangers of going to Mexico. Murder, robbings, skanky hoes. Please. And all Arizona might do is ask you for legal documentation?

This is nothing more than a power play. Mexicans know they have the federal government in their back pocket. The democrats don't care about illegal immigration. The vote is more important. If Mexicans succeed in overturning this bill, they then realize states have no power to control the crossing of borders. So if the states have no power, and the feds will do nothing, (or token resistance at best), hey, let's bring in more of our compadres. Free health care, education and welfare.

So the Mexicans are now going to mass protest. Too bad we don't have the will to cordon them off, and start asking for legal status. But what I can do is protest myself. No mas restaurantes Mexicanos, no mas Cabo, Cancun or Puerto Vallarta . I boycott them.