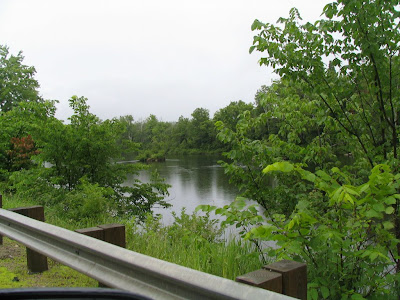 If We Europeanize, Europe Is in Trouble

We can’t become Europe unless someone else is willing to become America.

By now you may have heard: America is on its way to becoming another European country.

Now, by that I do not mean that we’re moving our tectonic plate off the coast of France or anything, but rather that a century-long dream of American progressives is finally looking like it might become a reality. The recently passed health-care legislation is the cornerstone of the Europeanization of America. And to pay for it, the White House is now floating the idea of imposing a value-added tax (VAT) like the ones they have throughout most of Europe.

In the egghead-o-sphere, there’s been an ongoing debate about whether America should become more like Europe. The battle lines are split almost perfectly along left-right lines ideologically. Liberals like Europe’s welfare states, unionized workforces (in and out of government), generous benefits, long vacations, etc. Conservatives like America’s economic growth, its dynamism and innovation.

To be fair, liberals insist conservatives are wrong to think that Europeanizing America will necessarily come at any significant cost. New York Times columnist and Princeton economist Paul Krugman says that, in exchange for only a tiny bit less growth, Europeans buy a whole lot of security and comfort. Economists such as Stanford’s Michael Boskin say Europeans have a standard of living about 30 percent lower than ours and are stagnating. Others note that the structural unemployment rate in Europe, particularly for young people (it’s over 20 percent in many countries), is socially devastating.

Obviously, I’m in the conservative camp. But I think the debate misses something. We can’t become Europe unless someone else is willing to become America.

Look at it this way. My seven-year-old daughter has a great lifestyle. She has all of her clothes and food bought for her. She goes on great vacations. She has plenty of leisure time. A day doesn’t go by where I don’t look at her and feel envious of how good she’s got it compared to me. But here’s the problem: If I decide to live like her, who’s going to take my place?

The most obvious and most cited illustration of this fact is national defense. Europe’s defense budgets have been miniscule because Europeans can count on Uncle Sam to protect them. Britain, which has the most credible military in NATO after ours, has funded its butter account with its gun account. As Mark Steyn recently noted in National Review, from 1951 to 1997 the share of British government expenditure devoted to defense fell from 24 percent to 7 percent, while the share spent on health and welfare increased from 22 percent to 53 percent. And that was before New Labour started rolling back Thatcherism. If America Europeanizes, who’s going to protect Europe? Who’s going to keep the sea lanes open? Who’s going to contain Iran — China? Okay, maybe. But then who’s going to contain China?

But that’s not the only way in which Europeans are free-riders. America invents a lot of stuff. When was the last time you used a Portuguese electronic device? How often does Europe come out with a breakthrough drug? Not often, and when they do, it’s usually because companies like Novartis and GlaxoSmithKline increasingly conduct their research here. Indeed, the top five U.S. hospitals conduct more clinical trials than all the hospitals in any other single country combined. We nearly monopolize the Nobel Prize in medicine, and we create stuff at a rate Europe hasn’t seen since da Vinci was in his workshop.

If America truly Europeanized, where would the innovations come from?

Europhiles hate this sort of talk. They say there’s no reason to expect America to lose its edge just because we have a more “compassionate” government. Americans are an innovative, economically driven people. That’s true. But so were the Europeans — once. Then they adopted the policies they have today and that liberals want us to have tomorrow.