IMAX on the Titanic 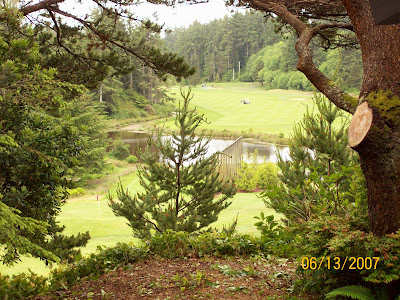 If you compare the U.S. economy to the Titanic disaster, we are at about same point in time as that famous ship was after it struck the iceberg. Instead of a band playing on deck as the vessel took on water, we Americans have the equivalent of an IMAX theater, complete with surround sound, to keep us occupied as we meet our fate.

The mainstream media is acting as projectionist. What images are they showing us to keep us occupied? This week, the MSM has spared no expense in covering the Tiger Woods’ coming out party at the Masters Golf Tournament. The serial adulterer is a top news story at every media outlet. Major time and resources are devoted to covering Woods’ every stroke, or should I say move.

The marital problems of Sandra Bullock and Jesse James is another “big” story the MSM cannot stop telling us about. Yes, I know Ms. Bullock is a recent Academy Award Winner, and her winning is a story. But, what are her marriage problems doing masquerading as a legitimate hard news story? This is tabloid stuff at best and, yet, every network, newspaper and cable outlet treats this as real news! It is not.

The Iraq war is real news. Greedy bankers getting bonuses after wrecking the economy is real news. The spiraling budget deficit that is sure to cause huge inflation is real news. The Fed spending trillions bailing out domestic and foreign banks in secret is a news story, but far less time and resources are devoted to these topics in the mainstream media.

And get this! I just heard on ABC News that Oprah has “snagged” the first Reille Hunter interview. Good for Oprah! The alleged home wrecking mistress of John Edwards, who didn’t have a snow ball’s chance in hell of being elected president, IS NOT NEWS! It is tabloid entertainment!!

Also, while ABC is laying off hundreds of legitimate news people, the story breaks that the Disney owned network paid $200,000 in 2008 to Casey Anthony, a mother who is on trial for allegedly killing her own daughter! This is where valuable news dollars are being spent? ABC says it did not pay for interviews but to license family photos and video of toddler Caylee Anthony. ABC is not paying for interviews? Hey David Westin, (President of ABC News) I have a deal for you! I’ll sell you my baby pictures for 50 grand! Not paying for interviews–absurd.

I used to work for ABC at Good Morning America as an investigative reporter for nearly 6 years. Until 2005, I did stories about deadly defects, fraud, rip-offs and government waste the public needed to know about. ABC let me spend money covering important stories, but the network seems to have redefined its priorities. I don’t blame the rank and file at ABC for the sea change. There are plenty of devoted journalists there. I blame management– not just at ABC, but at all mainstream media. They are all wasting valuable resources keeping America entertained while the ship of state sinks.